T20 World Cup 2021: The market of T20 cricket is constantly moving on a high as the mega cricketing event is just around the corner. The completion of the Indian Premier League (IPL) 2021 will not sadden cricket fans a lot as the ICC T20 World Cup 2021 is just one day away from here.

The upcoming ICC T20 World Cup 2021 is slated to begin on 17th October in the United Arab Emirates and Oman. Round one will be held initially with eight teams fighting to make their place in the Super12s. The top four teams from round one will join the top eight ranked ICC T20I teams to initiate the Super12 round.

India will operate in the Super12 round, which will begin on 23rd October. The Inaugural Champions will face eternal-rivals Pakistan in the opening encounter on 24th October in Dubai International Cricket Stadium.

Team India will have the best chance to lift the coveted ICC T20 World Cup trophy as the players are all geared up to face the challenges and overcome them. The Men in Blue have already asserted their intentions this time and want to go all guns blazing.

Here is the list of the top 5 Indian players to watch for in the upcoming ICC T20 World Cup 2021. The list includes players who are in sublime form and have already conveyed their intentions before heading out in the T20 World Cup 2021. Omicron Will Affect the Betting Fans of Cricket in India... 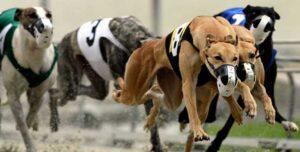 Betting on Greyhounds & Their Races In India Register The...